The Key To Being Attractive To Women

Status plays a significant role in how people feel about one another. For men, their status highly influences their attractiveness to women. This post explains what status is, how your behavior largely defines your status, and how men can use this knowledge to recognize and improve their status in a way that allows them to become more attractive to their partner. 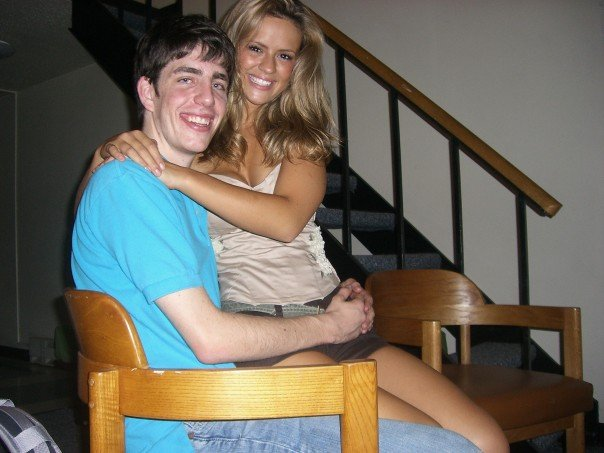 No matter how physically attractive a man is, or how much money or fame he has, in the long run, consistent low status behavior will cause their partner to lose attraction for them.

In relationships, there are many factors unrelated to status that affect a man’s attractiveness to women. But none of those factors matter if a man’s status is lower than their partner’s. Women’s attraction for men cannot be sustained if they feel the man needs them more than they do.

Men can easily create this impression by playing out too many low status behaviors, making women feel like they’re on a pedestal. Women are evolutionarily programmed to lose attraction for men who make them feel this way.

That’s why men who want to know how to be attractive to women should know it’s:

Your social status, or just “status”, is your perceived power to get what you want. It’s the shared belief that others have about your power, and that you have about your own power.

Perception of power fundamentally defines your status. Many assume status is tightly bound to your physical attributes, wealth, or resources. And while all those things correlate with your status, your interactions with people can easily change their perception of your status.

In the ancestral time, a powerful person could, on a whim, provide you with a world of opportunity and pleasure or cause you endless pain and suffering. Your genetic future was at the mercy of powerful people. You had everything to gain as their ally and everything to lose as their enemy. Emotions, thoughts and behaviors in reaction to status were designed to maximize your genetic fitness.

Today, the playing field has changed and perceived power has a greater influence on your overall success. The power you perceive people to have, i.e. status, determines how you react to them. Your actual power doesn’t cause people to react differently toward you; only your perceived power does. If you can modify people’s perception of your power – by definition, modifying your status – then you can intelligently influence how people feel and behave toward you.

Once you see status, you cannot unsee it.

When people interact with you, the type of behavior that highly affect your status is your reactivity.

When you feel reactive in an interaction, your brain is saying, “this person is interesting and important; give them your undivided attention”. Your behaviors will have the characteristic signs of low status: anxiety, discomfort, excitement, eagerness, anger, curiosity.

The higher a person’s status is relative to yours, the more you react in an interaction with them. The lower the status, the less you react – or maybe you don’t react at all.

# Here are reactive behaviors that communicate higher or lower status in an interaction.

Want guaranteed results in your dating life? Click here to chat with a dating coach

To sustain attraction in a relationship, men must avoid being lower status than their partner. If the man is, say, the breadwinner in the relationship, it bumps up his status slightly. But wealth, physical appearance, or any other non-behavior related status signals won’t prevent a man from being lower status if he’s consistently displaying low status behaviors.

At this point, you should know that your behaviors imply a certain status level. Again, this is because humans evolved the software to evaluate a person’s status level according to certain behaviors. People constantly engage in status transactions: asserting or challenging status through action. A person can assert their own status or challenge someone else’s. The result of such actions may cause either person’s status to go up or down. In relationships, this happens all the time.

You assert your status by the way you dress, what you say, how you say things, how congruent you are, how you react to status challenges… everything you do defines your status.

In a relationship, men should aim for a combination of high and low status assertions. Too many low status ones will make them lose their partner’s attraction.

Now, let's put it all into practice. This section is about what men’s interaction with women should be like in order to sustain an attractive status level.

There’s a sweet spot in terms of how to combine low and high status behaviors. One way to know whether a man is playing the sweet spot is to consider whether he’s coming off as defensive. Being overly submissive or dominant is a defense against conflict. Men should keep their composure and not overdo submissive or dominant behavior unless warranted. The best way to summarize how to play the sweet spot is leading with grace. You can think of it like men being in a partner dance where they’re the lead. Men lead their partner in a graceful manner, without being too forceful or submissive.

Here are some ways men can lead women with grace:

Here's an example of how to do it wrong: 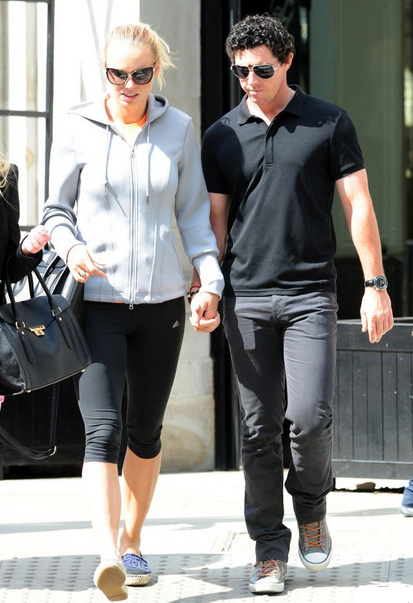 This is a picture of Caroline Wozniacki and Rory McIlroy a week before Caroline called off their engagement. You can see she's leading Rory as they walk and hold hands with her hand on top. She's looking in the direction she wants to walk in while he's looking at her for guidance.

All your actions imply a certain status level about you. Your status level is defined by the pattern of high to low status assertions you convey (on average). You are congruent when all your channels of communication and actions are implying the same status level. Congruence makes your message believable, it makes YOU believable. An example of being congruent is you making a strong claim about a skill you possess while maintaining confident body language and tone of voice.

You are incongruent when your channels of communication are sending mixed signals about your status. For instance, a teacher trying to tell their students to quiet down, but they stutter or have a shaky voice saying it. This communicates to the students that the teacher may have less the authority on quieting them down than the teacher believes. In order to convey a certain status level, you must be congruent.

There are many highly useful ways to attract women; romantic gestures, humor, kindness are all pieces of the puzzle that help develop exciting and fulfilling connections. Status provides a powerful framework in which to better understand yourself and others. Knowing how to effectively influence your status offers an essential tool in your arsenal of powerful ways to attract women.

Want guaranteed results in your dating life? Click here to chat with a dating coach

Or check out my Ebook: Men's Guide To Attraction